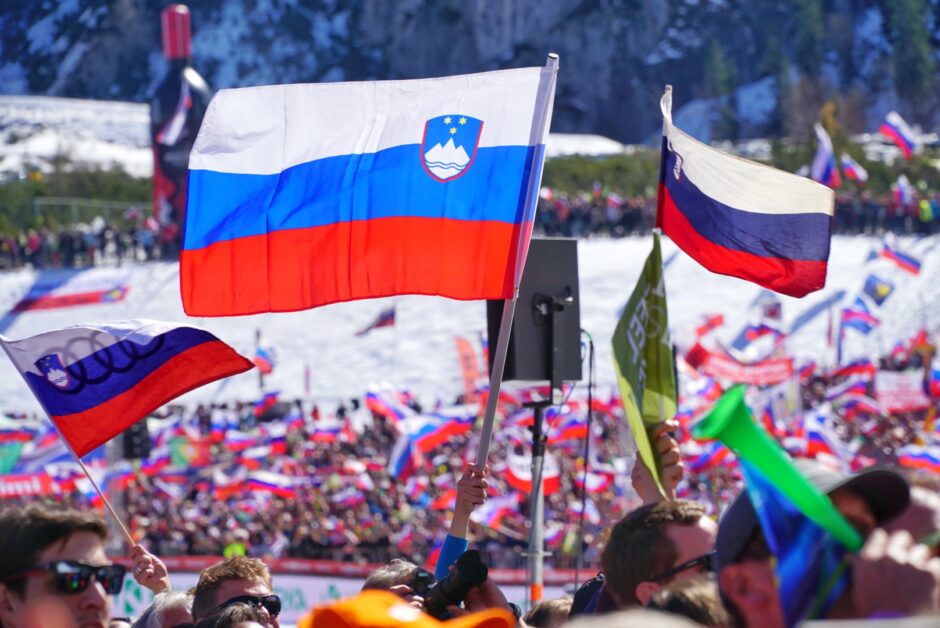 Slovenia, a small country of about 2 million, is nestled into a tiny corner of the Mediterranean between Austria, Italy and Croatia. With craggy dolomite spires in the Julian Alps, alpine waters of Lake Bled and fresh seafood dishes, Slovenia offers a sampling of the best each of its bordering countries has to offer. Slovenia is an up-and-coming destination for travelers, especially cross-country skiers.

You will also be hearing a lot about Slovenia in the ski world this winter when it hosts the 2023 Nordic World Championships at the famous ski jumping venue, Planica. Pronounced like “pizza” with a “plan” = Plan-izza.

Planica is a place you want to learn to pronounce. You’ll be hearing it a lot in the lead-up to the 2023 Nordic World Championships. Planica isn’t a village. Technically, it’s the name of a valley in the northwestern corner of Slovenia, less than 10km from the 3-country border with Italy and Austria. For all intents and purposes, Planica is a Nordic ski venue. Specifically, a ski jumping venue, best known as host of the final ski flying World Cup of the year, the last weekend in March.

The hill record in Planica is 252m set in 2019 by Japan’s Ryoyu Kobayashi…only 1.5 m shy of the ski flying World Record. That’s further than two football fields, goal-post to goal-post. Sunny skies in late-March offer a stunning backdrop to the skiers flying through the air with the Julian Alps in Slovenia’s Triglav National Park towering in the background.

As the last competition of the season, the wax cabins turn into a post-comp party after Sunday’s team event. All the jumpers bring traditional food from their country and serve their competitors. Think burgers from the US, sausages and beer from Germany, waffles with brown cheese from Norway, traditional ramen noodles from Japan and even fresh rainbow trout from Slovenia, caught nearby in the Sova River. Na zdravje!!

Since then, they have built an Olympic Training Center, wind tunnel for ski jump training, Ski Museum and 3-story parking garage that doubles as an indoor ski tunnel in the summer–one of the most impressive facilities I have seen. In the winter, the Nordic center fills with skiers from Ljubljana, Slovenia’s capital, who make the one-hour drive to ski the trails in the heart of the Julian Alps.

The trail network is FIS homologated for World Cup competitions and goes across the border into Italy. For the 2023 World Championships, there is talk of the 30/50 km marathon going from Tarvisio, Italy along that trail, finishing in Planica, similar to the point-to-point Engadin course in the World Cup finals last week. A fitting finish to the international championships.

On the Lumi Experiences Factory Tour Trip to Austria & Slovenia, we rollerski on part of the 30/50 km racecourse, which is a bike path in the summer and takes you through villages like picturesque Rateče.

One of my favorite villages in the area is Monte Lussari, just across the border in Italy. This village on top of the mountain is accessible by cable car and feels like strolling through the narrow streets of Bhutan or Nepal.

Laško, the national beer of Slovenia, is served cold in most huts along the trails. A refreshing way to celebrate the end of a day on the trail.

One of my absolute favorite activities in the alps is Rodeling – sledding down the mountain on traditional sleds. We try to find a place to rodel on every Lumi trip. To access the rodel track on our Slovenia trip, you have to walk up the mountain. On most of our other trips, we take cable cars or trains to get up. However, the hut at the top and the sledding afterward are well worth the extra steps it takes to get up.

And no trip to Slovenia would be complete without a visit to Lake Bled, the iconic lake with the island and church in the center. The lake has been a popular attraction for centuries, from a pagan temple discovered recently by archeologists to the summer home of Yugoslav President Josip Broz Tito.

There are several hiking trails that lead to stunning views of the lake. My favorite way to discover Lake Bled, however, is by rowboat. You can row to the island and explore the little church and even grab a bite at a restaurant.

Interested in visiting Slovenia? Lumi Experiences offers several trips to the region. This summer, visit the Fischer & Salomon factories in Austria, ski the Dachstein Glacier above Ramsau, hike in the Julian Alps and ski in the tunnel in Planica on our Factory Tour Trip.

Want to watch the World Championships live in Planica? We already have rooms booked and are taking early reservations already. Email me directly to put your name on the list for more information about the special 2023 World Championships trip: info@lumiexperiences.com.

See you on the trail!
Garrott Kuzzy

Garrott Kuzzy is the founder of Lumi Experiences. He also spent 5 years working at New Moon. After traveling the world as a member of the US Ski Team and competing in the Vancouver Olympics, Garrott has spent the past decade sharing his favorite destinations and experiences through active travel. Garrott and Lumi’s team of expert trip leaders would love to host you on your next ski vacation. 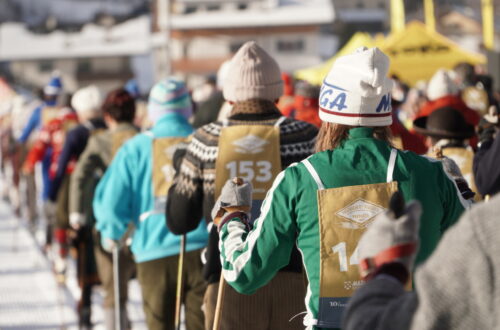 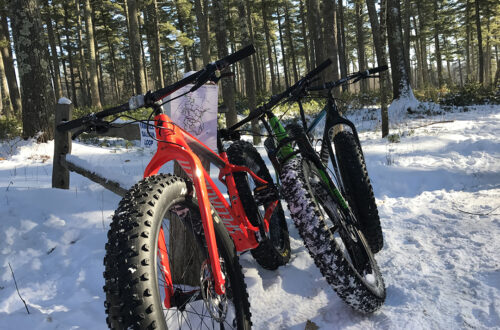