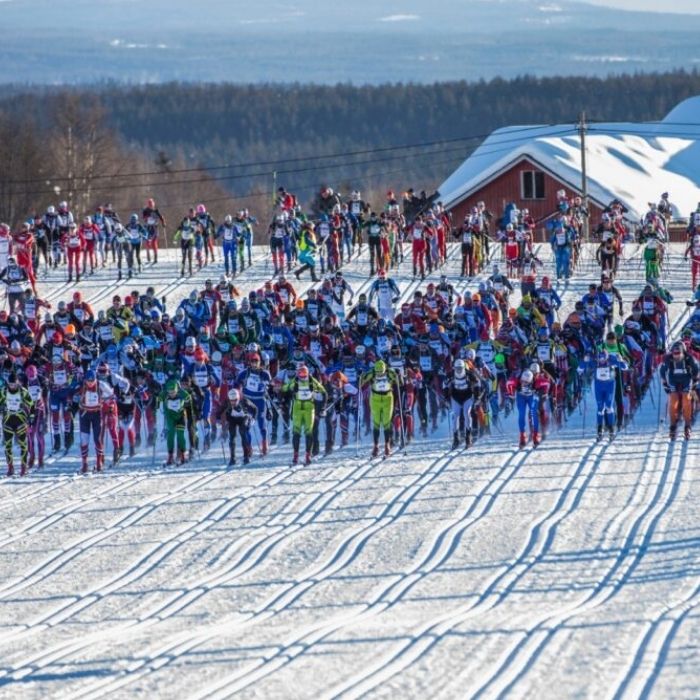 Most Birkie skiers are familiar with the legendary story of the original Norwegian Birkebeiners and how that inspired the famous cross country ski race in Norway, from Rena to Lillehammer; which in turn inspired the American Birkebeiner from Cable to Hayward.

But what is the Norwegian Birkebeiner like today? I skied my first American and Norwegian Birkies this year and took away many impressions.

“Wait, what?!” you ask. “Garrott, you lived in Hayward for 5 years and have never skied the Birkie?” Well, okay. I skied the Birkie once in 2007, but it finished at OO that year. The Birkie’s timing in late February always overlapped with World Cups or Olympic Games. After retiring in 2011, I moved away from Wisconsin. This year was my first year back, as my company, Lumi Experiences, had a booth at the Expo, sharing stories from the Worldloppet events where we run cross country ski vacations.

On Birkie Saturday, I couldn’t pass up the opportunity to ski from Cable to Hayward and actually finish on Main Street. Finally, I checked off one of my bucket-list items as a ski racer.

Three weeks later, I found myself standing in Rena, Norway getting ready to classic ski 54 km from Rena to Lillehammer, carrying an 8-pound backpack representing baby prince Håkon Håkonsson. The three-week gap between the two events was enough to recover from one and carry good fitness into the next.

Our group was staying in Lillehammer, so it was an early morning bus ride to get to the start in Rena. The racecourse takes you on a direct path over the mountains, but the roads have to go around the mountains. In order to arrive at the start by 8:00 am, the bus left Lillehammer at 5:30 am. I was expecting a very dark start to the morning, but when I opened the blackout curtains and daylight came in, I thought I had slept through my alarm. This should not have surprised me, as we were just two days from the Spring Equinox and only 5° south of the Arctic Circle.

The start of the Birken is basically in a farm field with temporary warming tents without any permanent infrastructure. The colloquial name for the Birkebeinerrennet was one of the biggest surprises for me. I’ve grown up in the US calling it the Norwegian Birkie, but in Norway, it is unequivocally referred to as the “Birken.” This terminology makes it easy to differentiate the American “Birkie” from the Norwegian “Birken.”

The start itself was one of the most civilized starts I have ever experienced. The ~ 10,000 starters are split into 14 waves. As a wave 1 Birkie skier, my Birkie time was good enough to be seeded in the 4th wave at the Birken – a wave placement which seemed surprisingly accurate, given the pace of the skiers around me. Ample tracks and a gradual uphill start kept everyone spread out without any accidents. It seemed like everyone understood they had 54 km to ski and no one needed to win the first kilometer.

In fact, as early as one kilometer into the race, skiers were already stopping to work on their kick wax. Conditions were surprisingly tricky, as the course starts only 1000 feet above sea level, then climbs to about 3000 feet of elevation. The weather warms throughout the day and a skier may go through three or four different wax conditions.

I waxed with a thin layer of klister, covered with hardwax. This combination is tricky because you have to keep your skis moving to prevent icing in the powder at higher elevations, but it provided great kick for the first 20 km of climbing up to the plateau in Raudfjelllet. It was also durable enough to last for my entire 54 km race. I just stopped once to switch skis halfway through the race in Kvarstad. This meant the wax that had worn off the inside edges of my skis was now on the outside edges, giving me better glide and kick for the second half of the race.

The spectators really help make a ski race fun for participants. The Marcialonga in Italy and the Engadin in Switzerland both go through many villages, so it’s easy for people to cheer from their balconies. The Birkie and Birken courses are much more rural, so they’re harder for spectators to access. However, the spectators that make it out onto the course are there to have fun and bring a lot of enthusiasm for the racers. There were so many spectators at the Birkie this year that I thought I was already at OO when in fact, I was only at Boedecker Rd. By the time I was actually at OO, skiing over the Key Log Bridge, I was in awe at all of the new infrastructure and enthusiastic spectators. My favorite spectators, however, are the snowmobilers. They are often in the harder-to-reach corners of the course and seem to be there more to cheer on the agony of defeat than the thrill of victory.

The Birken goes through a protected region, high on the plateau, so there are no snowmobilers. Somehow, though, spectators figure out how to bring couches to the trailside, build huge bonfires and offer homemade aquavit or Jagermeister to skiers passing by.

Speaking of aid stations: each Worldloppet event seems to have its own unique treats, like Comte cheese in France, dark chocolate in Switzerland or blueberry soup in Sweden. In Norway, it’s lefse. Seriously. The rolled lefse dough filled with cinnamon and sugar looked a little dry to me, but I was hungry at the first aid station and took a bite. It turned out to be one of the best tasting race foods I have ever eaten. After that, I made sure to take a buttery lefse at each aid station. Yum!

Unlike the Birkie, which is mostly wooded from start to finish with lots of rolling trails, the Birken is mostly on a high open plateau with long, sustained climbs and long, gradual descents. I often found myself looking out over the wide expanses and admiring the views throughout the race.

We were fortunate to have ideal weather conditions for this year’s Birken, save for a headwind somewhat reminiscent of crossing Lake Hayward at the Birkie this year. There are years, however, where the weather on the plateau can be much less ideal. Besides the symbolism of the backpack, there is also the practical consideration that you can carry warm, dry clothes with you. Not only does the backpack need to weigh 8 pounds, it also needs to store a windproof jacket, pants, long underwear, hat, gloves and balaclava.

One of the best parts of the Birken is the final 15 km from Sjusjøen to Lillehammer. Rather than big climbs and a lake leading to the finish, the last 15 km of the Birken is a long, gradual downhill. Before the race, I learned that a special award is given to finishers who cross the line within 25% of their age group winner’s time. I’m not sure if the Birkie still has a 25% Club award, but the tradition lives on in Norway. I train far less than I did as a racer, but still have a competitive spirit. Achieving the 25% Club award in the Birken is not easy. When I realized I may still be in the running at the last time check, I tried to make up as much time as I could on the downhill to Lillehammer, relying more on my ski skills than on my fitness.

The Birken finishes at the Birkebeiner Stadium, which hosted the 1994 Lillehammer Olympic Games and still has one of the most challenging trail networks on the World Cup circuit.

Fortunately, the Birken finish does not take racers on any of the World Cup course. Instead, skiers cruise through the flat stadium and into the finish. After a quick backpack check, skiers are awarded their Birken medal and Worldloppet passport stamp, recognizing their achievement.

For me, one of my favorite aspects of completing a big event like the Birken is sharing the experience with friends. After the race, everyone gathered to share stories about their journey from Rena to Lillehammer and to cheer on the new friends they had made during the week. Skål!

If you’d like to ski the Norwegian Birkebeiner in 2023, we still have limited space available on the Lumi Experiences Norway Birken Trip and would love to have you along. We are offering $200 off for all bookings before April 30. Reach out now to secure your spot!

See you on the trail soon,

Garrott Kuzzy is the founder of Lumi Experiences. He also spent 5 years working at New Moon. After traveling the world as a member of the US Ski Team and competing in the Vancouver Olympics, Garrotthas spent the past decade sharing his favorite destinations and experiences through active travel. Garrott and Lumi’s team of expert trip leaders would love to host you on your next ski vacation. 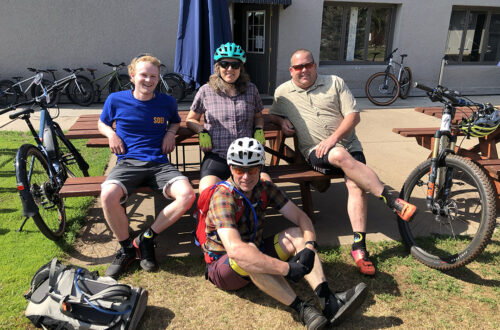 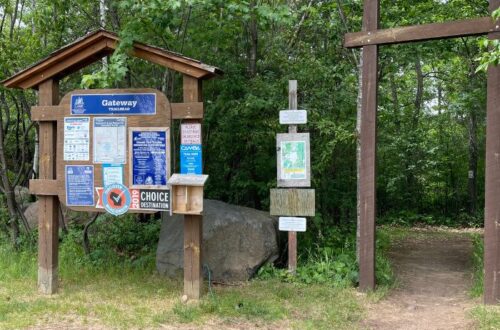 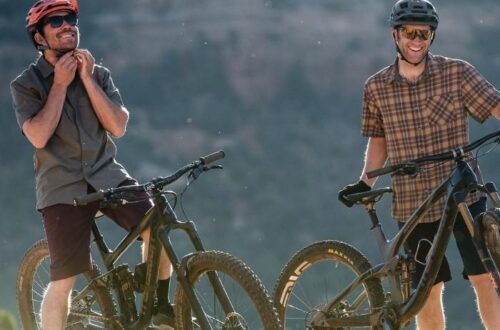