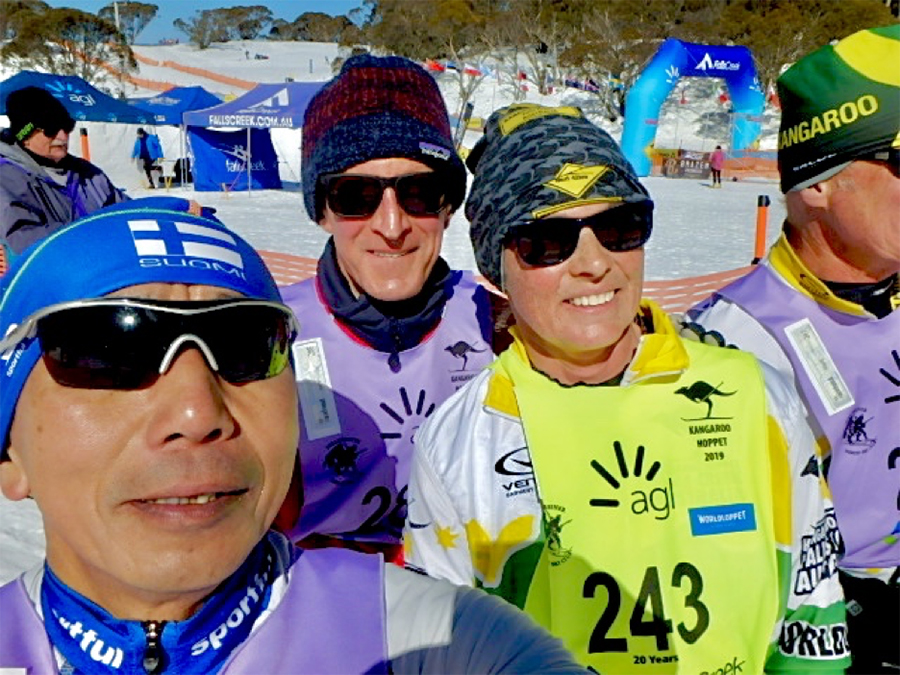 World Loppet Master, Jay Wiener, catches up with our readers to share his post-Birkie, Covid quarantine story that followed an abrupt end to his racing plans last March. We all have unique quarantine experiences, and with plans for the 2021 Birkie just announced, we’ll undoubtedly experience a less-than-traditional ski racing season coming up. Look for monthly contributions from Jay as we stride toward a new season. – Chris

“When I was younger, so much younger than today

I never needed anybody’s help in any way

But now these days are gone, I’m not so self assured

“Help me if you can, I’m feeling down

And I do appreciate you being ’round

Help me get my feet back on the ground

Won’t you please, please help me?”

Everyone ought remain resolute, realistic that matters might diverge from those desired.  Utility exists evaluating life halfway between 2020 and 2021’s Birkies.

British Foreign Secretary Edward Grey told his friend John Alfred Spender, The Westminster Gazette’s Editor, Monday August 3, 1914, at the dawn of the Great War, “The lamps are going out all over Europe, we shall not see them lit again in our life-time.”

Although nobody envisioned the magnitude of impending interruptions in late February, and only overstatement suggests that we shall never see illumination of figurative lights extinguished, they dimmed, six months ago.

Friends planning to join me for the Engadine Marathon canceled.  I was nervous at the Vasaloppet, the intervening week.  No one spoke of aerosolized droplets but clarity existed, as during the AIDS epidemic, that invisible pathogen and pursuing pleasure could doom one.

I have sheltered in my hometown, almost five months.  I cannot recall being so long in one bed.  All is not bad:  Traveling nonstop normally, a respite from airplanes, jetlag, and strange surroundings is satisfying.

“You are living a reality

I left years ago it quite nearly killed me

In the long run it will make you cry

Make you crazy and old before your time”

MY ONLY TRIP OUT OF TOWN IN FIVE MONTHS WAS FOR SIX HOURS, ON SATURDAY MAY 30TH, TO COMMEMORATE EMMETT TILL AND BOBBIE GENTRY’S “ODE TO BILLIE JOE” IN TALLAHATCHIE COUNTY:  “It was the third of June, another sleepy, dusty Delta day…”

I feared that training would suffer, unable to pursue my normal regimen, but something surprising happening.  My routine worked so well that I overlooked what went wanting.

I ski at Sovereign Lake after the Worldloppet season concludes, reviewing gains and progress while focusing on what to address when training on snow resumes.  I return during the long weekend of skiing at Mother’s Day and commence implementing intended improvements.

Afterwards I devote six months to cardiovascular training, swimming a mile and a half to two miles, most days; alongside hiking and climbing at altitude, further enhancing cardiovascular fitness.

I ski the Kangaroo Hoppet and the Merino Muster in August.  Going no more than ninety days without skiing is a godsend.

Having osteopenia, there is more to lose than gain roller skiing.  Nothing will end cross-country skiing faster than debilitating fractures.  I envy those without that fear.

Now I walk two hours, every evening.  I have been in Mississippi for 150 nights.  Only one of them did I not walk — when blisters intervened.

The silver lining to the dark cloud is that by walking, I remedied biomechanical issues impeding skiing.  Insights appeared in the last two weeks, the point being perseverance, openness to benefits belatedly blossoming.

I suffered weakness in my left hip.  My left foot pronated in consequence, impeding properly riding my left ski.   Rolling to the outside also prevented optimal transfer from the left ski to the right.

Strength emerged in my left hip, one evening.  It increases incrementally.  I am optimistic that strengthening my left hip enhances my skiing.  I will know once opportunity to test biomechanics on snow exists.  Everyone should indulge in the moment, open to burgeoning betterment.

The Birkie Lumberjack 5k Walk / Run, Saturday August 1st, was ethereal.  I walked under an almost full moon between 12:55 and 2:35 a.m.  I spent too many years away from the heat and humidity of the mid-South in mid-Summer to cope well with it — plus walking late, outside alone, ensures against aerosolized droplets.  Maybe I was first to finish the Lumberjack 5k Walk / Run.  Engaging in a large community event — savoring solidarity in isolation — was meaningful.

Last evening, I participated in the 2020 Hoppet — Do It Your Way — 7 kilometer Joey Hoppet — walking 14 kilometers — 21 or 42 kilometers being unthinkable in the heat and humidity, even reduced over a fortnight.

“I said to myself, ‘Okay, I am at…’ the road to Mount McKay, the steep descent and ascent, Ruined Castle, the loop beyond it, the first feed station, the climb after the feed station, the descent to the dam wall, the dam, the ski beyond the lake, the second feed station, the bottom of the Paralyzer, the ski to Langford’s and — Voila! — I was done and ready for my post-marathon meal — without great visits with Aussie friends, beverages and sausages from the Mount Beauty Rotary Club, and skiing along the aqueduct to my accommodations, afterwards.

“Best experienced in my mind’s eye:

“[As communicated from Falls Creek, on Saturday August 22nd, on the other side of the International Date Line]  ‘…  [W]e would have been hard pressed to stage the event with any sort of reasonable track.  Furthermore, the weather today is a one in 20 year storm! -6C and winds over 50kmh with a windchill of -15C and zero visibility!’

“Cut to “Carolina in My Mind”

“The memory of last year’s bluebird day exceeds the reality of skiing in 50 kph winds, with a windchill of -15 day degrees Celsius and zero visibility.  Skiing up the Paralyzer and across would have been paralyzing — a cluster you-know-what — if one was not blown off the dam wall trying to reach the Paralyzer:  the first Kangaroo Hoppet triathlon:  ski 7 kilometers, swim whatever distance, and sled — behind a snowmobile — to the Falls Creek Infirmary.

“…  Better in the heat than in the hospital with hypothermia and frostbite.  Coincidentally, unlike two weeks ago and previously, now it is cooler during daytime in Mississippi than San Francisco — with a lot more air conditioning.

“By the way, the dominant tribe in pre-Columbian Mississippi was the Choctaw — one of the so-called five ‘civilized’ tribes whose agricultural practices resembled those in Europe:  the Cherokee, Chickasaw, Choctaw, Creek, and Seminole, the removal of which to Oklahoma set the stage for subsequent Native American removal across the Lower 48.  Interesting fact:  The word “okay” derives from the Choctaw word “okeh”.  This is mentioned, alongside the Aboriginal painting appended above, to remember whose lands were appropriated when European settlers defined the inhabitants as heathen, primitive, and undeserving of what was theirs.”

Next weekend a similar event will occur in conjunction with the Merino Muster.  Are virtual races our foreseeable future?  No one knows.  All that anyone can do is stay the course, learning what one can during confinement, confident that, after staying safe and surviving, years of marathons remain.

A few people might lose interest in the meanwhile, albeit unlikely.

The Lovin’ Spoonful’s “Do You Believe in Magic”

but “Tomorrow” from “Annie”:

“The sun’ll come out

So ya gotta hang on

I love ya tomorrow!

(Alternatively “Somewhere” from “West Side Story”:

“There’s a place for us

A time and a place for us

Hold my hand and we’re half way there

Hold my hand and I’ll take you there 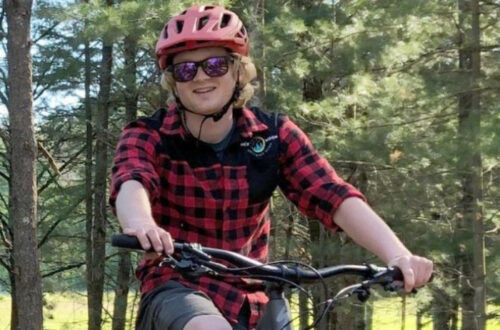 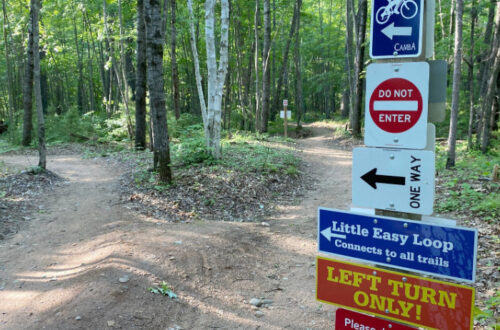 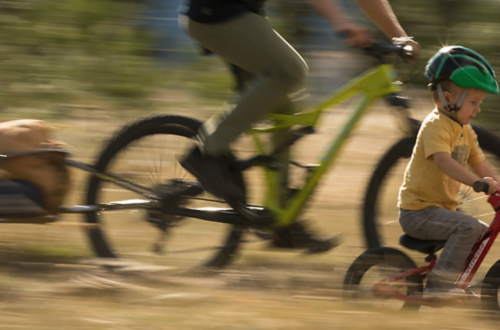 Training Wheels vs Balance Bikes—What is best for your family
May 19, 2021