This past weekend, the Hungry Bear Gravel Ride growled over the rivers and through the Chequamegon woods. You may have read in a previous newsletter about how Dusty and Ian have been training and planning for the big event. How did the big day pan out for our two intrepid cyclists?

Early in the week, the weather looked grim, and several people decided not to ride. But the day turned out to be beautiful and sunny…so no excuses…and both Ian and Dustin were on no matter how the weather turned out.

Dustin has been training tirelessly for a few months now, and although the Hungry Bear is the first race of his season, it is just one of a long line of races he plans to compete in over the summer.

It was a good but hard event for Dustin, “Last year’s pace was pretty easy and low key, but this year, riders went hard right off the bat. I was surprised that some of the fastest riders were pushed off the back of the front group during the first surge, but the best part of the day for me was being able to ride with that front, fast pack.”

Up until the Hungry Bear, Dustin’s training mainly consisted of longer, easy rides-slow and long distance. But things are going to change now that he is setting his sights on the Borah Epic. He has big plans to make the top 60, and his training regimen will be intense. “I’ll do one day at the terrain park practicing jumps, balancing, and wheelies; one day working on hill climbs; and interval sessions the rest of the week, as well as attending 3 group rides per week.”

Ian wasn’t training quite as regularly as Dustin, so he decided to switch to the Snacking Bear 60, which turned out to be a good decision, “I was thinking this at mile 50 or so on Rock Lake Road when the suffering began to creep in. I still have hopes to do it, maybe next year.” Another reason the Snacking Bear was the perfect race for Ian is that he really loves snacks! “Since it’s really important to stay well fed during a race, it’s fun to experiment. I took some cues from my Birkie supply list and brought with some smoked herring fillets, pickles, a peanut butter filled chocolate Clif bar, and these tasty new bits called GFB (Gluten Free Bites) made with dates, peanuts, and dark chocolate. I will say that the smoked herring is easily my favorite exercise food, some good fats, protein, and I think they have magical powers.”

Although he had a bit of a delay around mile 40 to re-inflate his front tire and tighten a bottle cage, he was able to hang with a nice group of riders. “We all rode together until about mile 40, maintaining a fast, but manageable tempo that made the race go by pretty quickly. It’s fun to ride with people who are talented and know about riding etiquette.” His other favorite parts of the day included the pizza and Crud Cloths. “Crud Cloths are easily the best post-race solution to clean off all that sweat and dirt short of hopping straight into a shower.”

So, the first race of the year is in the books. Hope you all are looking forward to a fantastic summer of riding and racing. Look for Moonies at all the area events including the Borah Epic, Chequamegon 100, Lutsen 99er, Pre-Fat, and, of course, the Chequamegon 40 and Short and Fat. 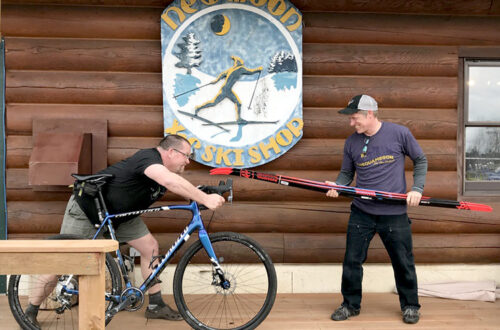 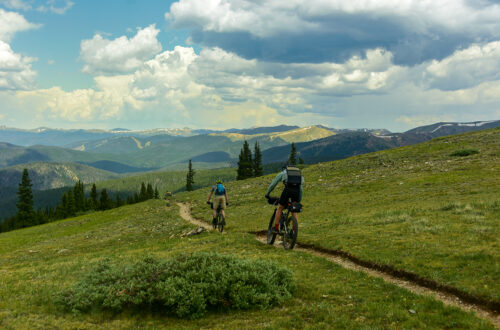