Hannah and her friend Abigail (of Riverbrook Bike & Ski) decided to tackle the Tour de Chequamegon bikepacking route this Summer and had an epic time. Enjoy this record of her adventure!

The Tour de Chequamegon is a 107-mile bikepacking route that consists of mostly gravel roads, some ATV trails, some paved roads and a little singletrack.

It’s a loop starting and finishing in Cable WI, going through Moose Lake, Clam Lake & Drummond. Most folks do it in the Fall because of the beautiful colors of the leaves, but Abigail and I chose to do it at the beginning of August.

Our route was found on Bikepacking.com. (Credit goes to Joel and Elijah for sharing this route with me and for all the tips and tricks that helped make this one of the best trips ever.)

We did a pre-run with our loaded packs a few days before the journey to see what worked and what needed to be adjusted. (Highly recommend doing this for folks thinking about taking this journey.) Both of us completed the journey on full suspension mountain bikes and found it helpful to pump the shocks up to account for the weight of the packs we carried. For me, doing this completely eliminated the tire rub on the seat post bag.

We kicked the ride off with breakfast at The Brick House Cafe in Cable Sunday morning and made it back in time for New Moon’s Tuesday night ride. We rode three days and camped two nights, just barely missing the rain rolling into camp the first night. We followed the route to the letter except for one spot where we ended up bushwhacking on an ATV trail that completely disappeared into the Chequamegon-Nicolet National Forest. After a fall, hauling our bikes over fallen logs and through the underbrush, we decided a slightly shorter route on the gravel roads was better than getting ourselves lost. We did, however, reach exactly a hundred miles in three days.

My favorite part of the trip was probably the entire second day. We saw an elk for the first time, had time to swim and chill at camp, I swam to a floating bog which was really cool, there was a gas station (in which we could charge our phones, get chocolate and some fresh snacks), and built a fire with flint and steel for the first time. It was so peaceful and beautiful listening to the loons and water lapping the shore of Day Lake, I could have stayed there forever…

This was Abigail’s and my first bike packing trip. Riding with all the gear made the downhills insanely fast which was so much fun! The fork bags I had strapped down super tight did not stay in place on the single track and many of the bumpy areas, ending up rubbing the spokes on one side of the wheel so these got moved to the frame after the first day. I had the tent rolled tightly and strapped to my down tube, while Abigail carried the poles strapped to hers. We found if we didn’t roll the tent up tight enough there was a tendency for pedal striking on the left side-a few zip ties fixed the problem until we stopped for the night. My bags alone weighed an estimated 40 lbs, combined with the 39 lbs of the bike, 7 of those lbs were food. (We carried everything with us and did our own cooking.) It made for some tough climbs, but it was so worth it!

The hardest parts were starting off in Cable and going straight into some serious climbing as well as near the end of the first day feeling exhausted and saddle sore but still having to climb. It was painful at times, but I like to think of it as positive pain because it builds endurance and makes me a stronger athlete, preparing me to reach harder goals in the future.

Things we learned: start earlier than you think you need to, climbing with gear is entirely different than climbing alone, bring a ton of knee bandages (I busted my knee pretty often on this trip), it is wise to bring extra food, a 2.5 Liter Osprey plus a 24 oz bottle is not overkill in terms of water for a day, hot waxing the chain ahead of time and carrying chain lube is helpful for wet conditions, and shifting down on a climb can really make the difference in making it up the hill.

The trip was a huge success! I consider this the first adventure of many more to come. As my bucket list gets longer, I realized one has to be intentional about marking things off, otherwise “someday” may never come. I personally don’t know what will be next in terms of bikepacking, but there is just about always an adventure up my sleeve. Some trips I hope to do in the future are bikepacking the Waterfalls of Wisconsin route, the Colorado Trail, kayaking the Boundary Waters, exploring the Apostle Islands, rock climbing at Tetegouche state park in Silver Bay, MN, and trying my hand at winter camping once the snow hits. If you aren’t sure what your next adventure will be, just pick one and go for it! The memories will last a lifetime. 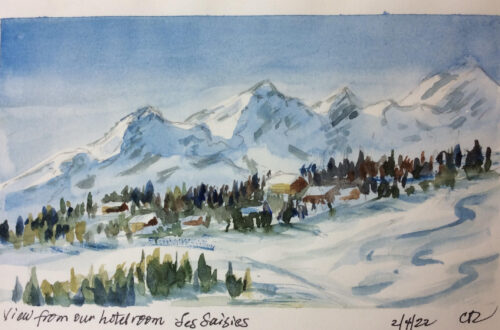 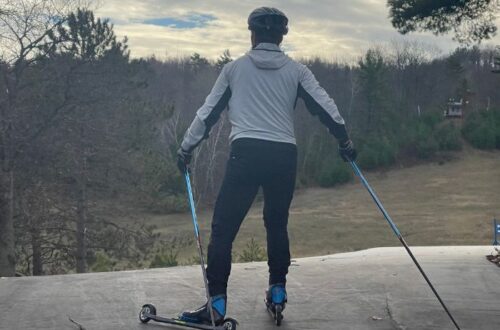 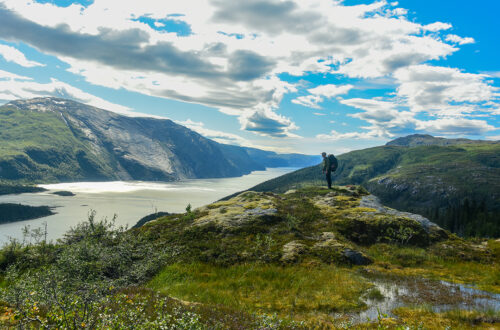