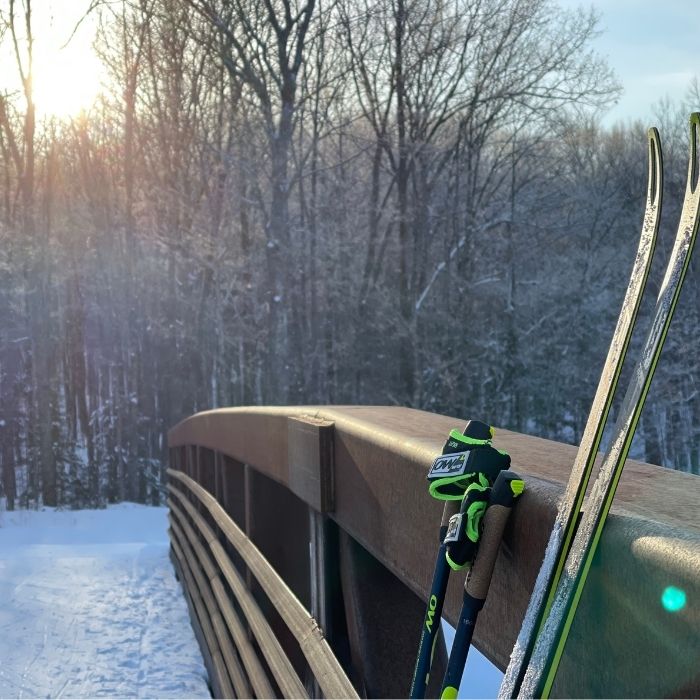 My equivalent of Marcel Proust’s cork-lined room is carving out time when the rest of the world retires, to write with quiet.  Normally, at this moment, midnight, Central Daylight Time, on Monday, March 15th (the Ides of March), I would be arising to depart Zürich, after the Engadine Marathon (on the second Sunday of March), for Oslo, from which I would travel to Lillehammer for the Birken (on the third Saturday of March).

I am in my hometown of Jackson, Mississippi.  Highs are in the low eighties.  The only time that I adorned anything other than shorts, recently, was for my mother’s birthday party, last Monday.  Pear trees are covered in bountiful white blossoms.  Lows in St. Moritz are in the teens, where I would obsess over outerwear.

A year into the pandemic, I celebrate the positive rather than rue what would be enjoyed ideally.  I had my second shot, two Wednesdays ago, and skied the Birkie, the previous Wednesday.  I am appreciative for what was achieved instead of piqued by what went wanting.

First and most importantly: Thanks are due to the Birkie staff and volunteers for snatching victory from the jaws of defeat.  Staging the race was a gamble.  It could have gone awry if participants did not adopt optimal outcomes.  There is no suggestion that a superspreader event occurred.  Please thank fellow skiers as well.   Everyone’s cooperation was compulsory for the competition to commence correctly.

I skied on the first of the five days.  Each was imperfect.  It was 37 degrees Fahrenheit when I returned to my car.  I suspect that it was warmer earlier.  Variations of the reality were repeated, subsequent days.  Since times did not affect future wave placement, I enjoyed a recreational ski — avoiding infection and other skiers being the highest priorities.

— since the Tapestry album, on which it appears, was released fifty years ago, February 10, 1971.  The earth did not move beneath me, given soft snow.

A fellow remarked, “You can’t say that it’s not a pretty day”, between Timber Trail and the Fire Tower.  Other things were objectionable, but the sunny, cloudless day was not among them.

There was ambiguity when to exit the car.  I departed the start, two minutes late.  It was inconsequential as times are predicated upon the actual time of departure.  29 skiers were in my wave, an appropriate number during a pandemic.

There was no set track for double-poling, and an absence of Fluor waxes magnified the day’s deficits.  One reaches the highpoint shortly before the Fire Tower, heading South, leading one to anticipate descent between the Fire Tower and Timber Trail, heading North.  I knew better from the Birkie Tour — suffering less — but irritation endured.

Another annoyance was the absence of cups.  My fanny pack contains hats, neck gaiters, liner gloves, energy gels, and such.  Fanny packs with water pouches are inadequate.  I carried a generic water bottle.  Issues persist absent compact wide-mouth water bottles:  My gloves became sodden in Nuun.  Fortunately, volunteers intervened.  Able assistance remains appreciated — granting that fewer skiers, spread out, each day, was advantageous.  I always observe that among the Birkie’s assets is the caliber of its volunteers (compared with other Worldloppet races).

Among those deserving commendation are Karen at Boedecker; Randy at OO (who welcomed me from afar [after asking where I live], offering eager greetings, seeking to guarantee good times:  The Hayward Chamber of Commerce should bestow an award upon Randy for being able Ambassador:  Word of mouth about wonderful people means more than endless advertisements); and Les, an EMT, at the Fire Tower.  Returning to Carole King again, this time “You’ve Got a Friend” —

“Now, ain’t it good to know that you’ve got a friend

When people can be so cold?” —

Another standout was Jean O’Connell, from Minneapolis, at the Finish Line.  Jean’s husband John succumbed to cancer in 2020.  Jean raised money to purchase a trailer, to house items required at the Finish Line, in John’s memory.  Jean deserves ongoing sympathy alongside gratitude for her generosity, honoring John with a consequential contribution.

The event occasioned sadness, not gladness.  I was surprised to be reflective and mourn those lost rather than being overjoyed about racing.  Normally I ski ten marathons before the Birkie (at least when the Birkie Tour occurred prior to the Dolomitenlauf) and three thereafter.  Their absence did not sadden me, but loved ones lost in the last year — family and friends — weighed heavily.

— which I sang most of the distance from Boedecker to the Finish Line; alongside Elvis Presley’s “Stuck on You” — “I’m gonna stick like glue” —

— on account of the snow quality — or, as I said simultaneously, the absence of snow quality.

Although spectators with fires — the smoke from which skiers inhale — or overly-amplified loudspeakers — the piercing decibels of which satisfy those making too much noise more than those hearing it — went unmissed, the race felt as if riding a parade float through empty streets, devoid of spectators:  lonely.  Energy ebbed without skiers and spectators surrounding one.

The weight of the pandemic eclipsed cause for celebration:  Twenty years ago, Saturday, February 3, 2001, I earned my first Worldloppet Master, Number 1442, at the König Ludwig Lauf, and, Saturday, February 24, 2001, I skied my first American Birkebeiner.  Pleasure pauses amidst challenges of COVID-19, amidst abundant Americans throwing caution to the wind, substituting opinion and political screed for science.

I sorely missed skiing onto Main Street in downtown Hayward and hearing my name announced, approaching the Finish Line — the Birkie boasts the best finish in Worldloppet:  There is nothing like it —

— and its absence was another deprivation of the pandemic year.

My friend Lorie Steinbach distributed beverages at the Finish Line.  Lori’s company compensated for finishing surrounded by strangers on Main Street.  Ronda Tworek, from the Birkie Office, joined us and, later, Ben Popp.  We created a compensatory conclusion.  All skiers did.

Thanks to everyone allowing improvisation to succeed.  When we reflect upon a challenging year, survived, the 2021 Birkie will be a bright spot in a dark night:  special.

Again:  Thanks to everyone who contributed to the 2021 American Birkebeiner’s success.

Jay Wiener has filled more than 20 Worldloppet passports and has completed more Worldloppet events than any other US citizen.  This year, despite, or possibly because of, multiple setbacks, we can find thoughtfulness and inspiration in Jay’s travels. Enjoy! 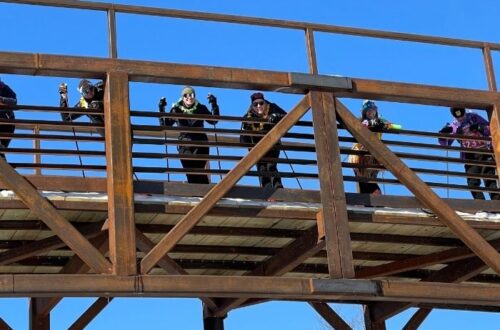 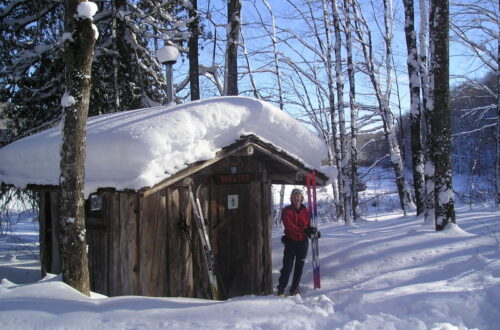 Little Known Trails to Discover on Your Next Ski Adventure
February 25, 2021 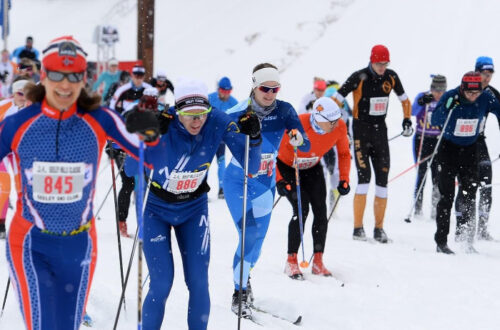